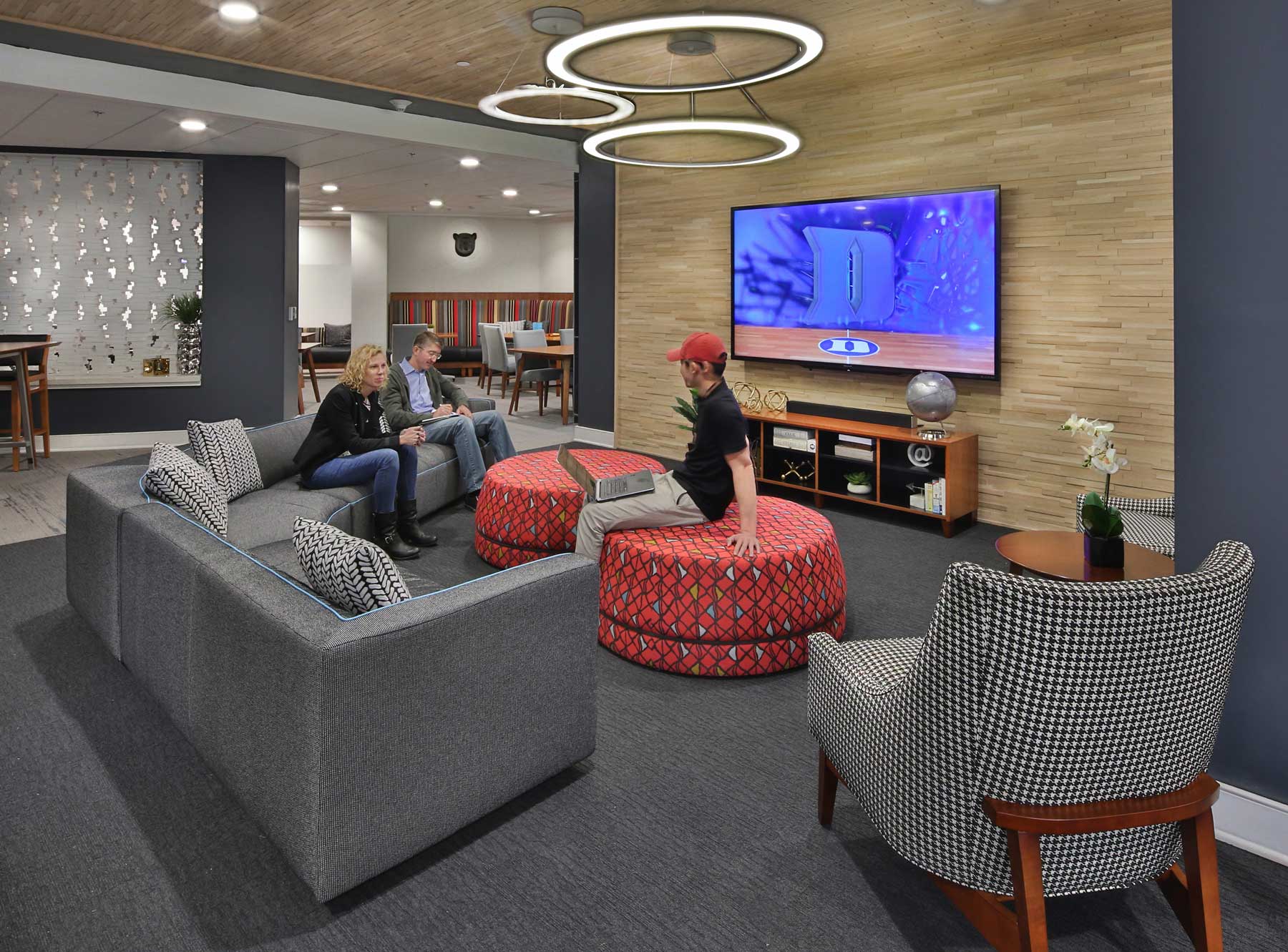 In December of 2015, Duke University posed the following challenge to the Trinity Residence Hall design (O’Brien Atkins in Association with Andre Johnson Architect) and construction team (Balfour Beatty Construction): “Can you design and build a 250-bed Dormitory in 24 months? We need ‘heads in beds’ by January 2018!” With input from all the partners on the team, this challenge was undertaken.

Eventually designed and built as a 90,200 sf residence hall, located on East Campus, with 271 beds, Trinity completes the Bell Tower Quad in the southwest portion of Duke’s undergraduate campus. There are 125 double-rooms, 6 ADA bedrooms, 10 Resident Assistant rooms and 2 Graduate Assistant studios as well as a 3-bedroom Faculty in Residence apartment. Kitchen facilities, a gaming room and a “common gathering space” capable of hosting several small groups, or one large group, add to the residential quality of student life. By compressing and overlapping several phases, and working closely with Duke at all steps in each phase, the design schedule was reduced by 6 months and the construction schedule by 4 months.

Building construction on such an active campus site presented challenges. The site was surrounded by existing dorms and a pedestrian trail around the campus used by both the students and the public. The new residence hall was built at the end of the “backyard quad,” essentially filling in the final piece of the puzzle. Being so close to the existing dorms, the team had to find ways of providing a safe and secure building site, with modified construction hours, so as not to disturb the students during the school year. The site also did not have an access drive or street access so that had to be created and eventually removed and restored at project’s end.

Site sustainability was a very important aspect. There were several century old oak trees bordering the construction site. One of Duke University’s guiding principles is that it is a “University in a forest” so every effort was made by both the design and construction team to preserve and protect these trees – which was successfully done.

The team’s ability to quickly, collaboratively and creatively resolve issues that arose, as they always do, made the project such a success. Duke University, O’Brien Atkins, Andre Johnson Architects and Balfour Beatty, and all our service partners/subcontractors working together in a seamless fashion was the keystone to the successful delivery within the tight schedule, of a project which has been very well received.