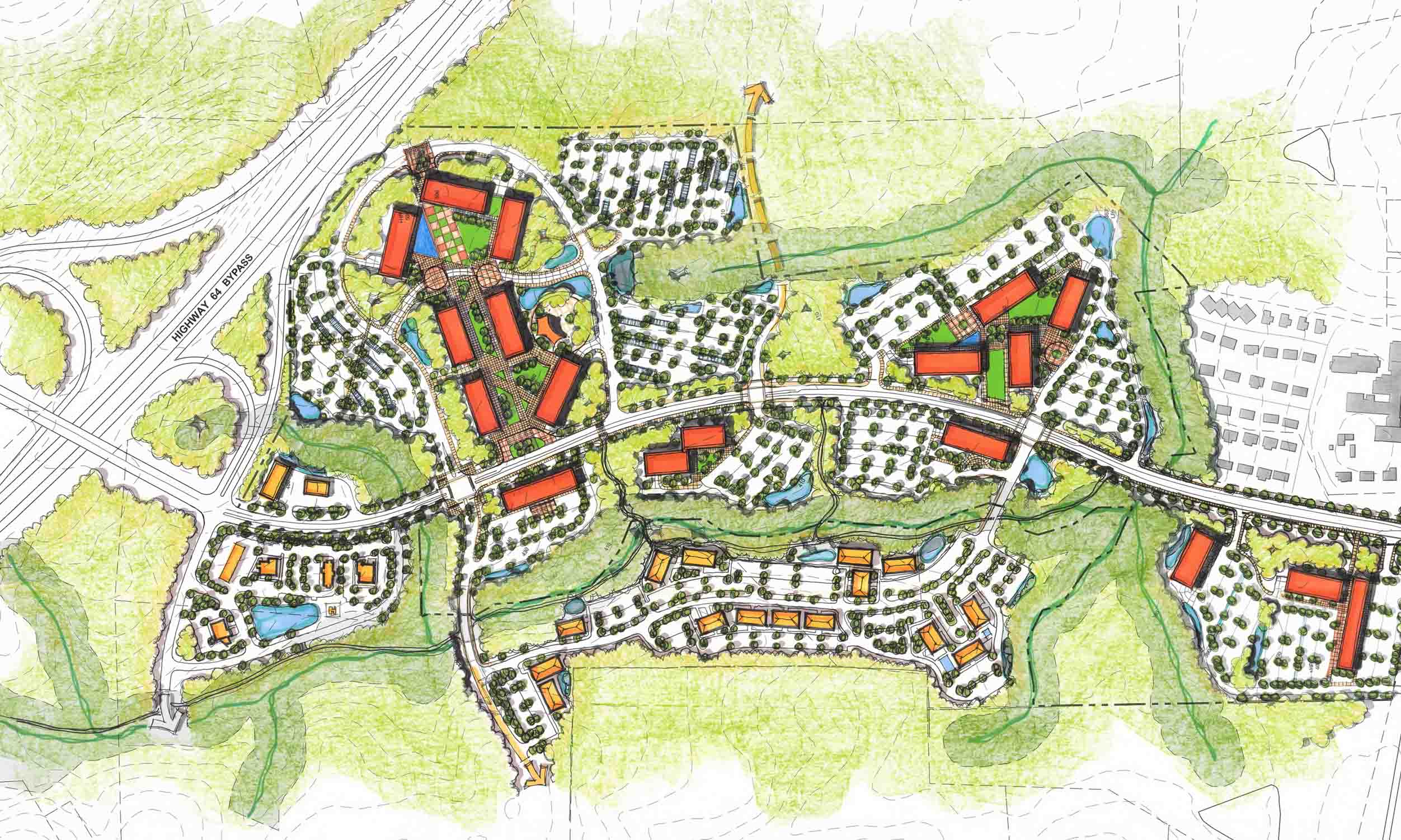 A Vision for the Future – Chatham Park

Preston Development has a big plan for the 8000+ acres site in Chatham County slightly east of Pittsboro, and O’Brien Atkins is excited to play a role. When we were approached by Preston Development, they had started putting things in motion, but needed some help in understanding how the “work” portion of the Live-Work-Play development should be planned.  O’Brien Atkins’ 40+ years of experience designing facilities for Research Triangle Park companies made us a perfect fit for this engagement. O’Brien Atkins began by examining the entire 15-501 bypass corridor and identifying different zones that would better cater to identified types of industry.  The overriding theme always being to attract cutting-edge companies, but factor in companies of different size and maturity. However, this exercise was more than just a preliminary zoning plan. Through contextual imagery, O’Brien Atkins suggested what each zone might look like, keeping in mind that this was envisioned as a Live-Work-Play development and will need to offer the conveniences of same.

As seen above, 4 distinct zones were developed.  At the same time, the team started to look at single tracts within the Technology Park, and conceptualize what development might look like.  Below is a scheme from that exercise. As the team continued to develop the idea, the first effort created a conceptual plan for a specific zone – The Technology Park, which is near to the new interchange and is likely to be the first to see development inquiries.  The single tract that we studied ( illustrated above) was a big part of this zone.  Developing several schemes, the team consensus was that the one below best characterized the nature of the development for this part of Chatham Park. This scheme creates two clusters of development that have the possibility of localized amenities, green spaces, and connectivity that will be attractive to cutting-edge companies that are looking to collaborate with their neighbors.