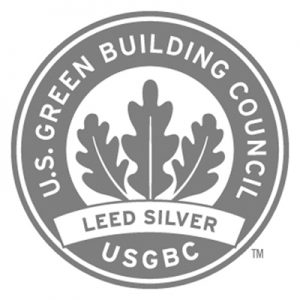 The Wake County Justice System 30-Year Facilities Master Plan document published in 2004 and updated in 2005 projected the need for a new courthouse complex.  In 2006, this project was among the largest ever undertaken by the County and it again retained the O’Brien Atkins’ team that had successfully delivered the Wake County Public Safety Center twenty years earlier and which, at that time, was the largest project ever undertaken by the County.

The Wake County Justice Center was delivered 6 months early and $30 million under budget.

The County’s Administrative Headquarters is an integrated part of this complex.  Thus, separation, security and circulation were prime design challenges with the courts and county administration occupying the same building. 17 elevators along with escalators provide access.